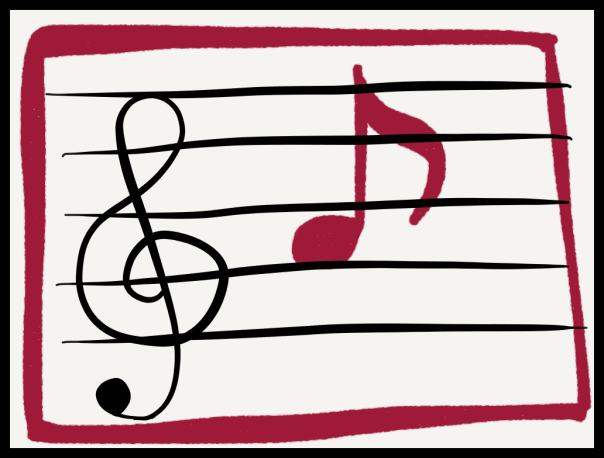 First came the music. It comprised a variety of instruments, perhaps imperfectly adapted to one another, and played with no great skill, but yet attaining the great object for which the harmony of drum and clarion addresses itself to the multitude,—that of imparting a higher and more heroic air to the scene of life that passes before the eye.

This passage from the Scarlet Letter is the earliest description of music as a soundtrack to life that I know of. Obviously people understood the effect of music on the soul way before Hawthorne penned this in 1850, but for over 100 years we’ve associated this “higher and more heroic air” with movie scores. A good tune adds a cinematic quality to even the most mundane tasks. That’s probably why I get a lot more dishes washed and papers graded when I put the ol’ needle to groove (still the best way to enjoy an album in my opinion). And anytime I wash the dishes, my wife thinks I’m a superhero!

Years ago when I was in New York City a couple songs in particular turned an interesting moment into pure magic. As I was ascending a staircase, exiting the 57th Street subway station, my iPod (this was pre-iPhone days), shuffling away, served up this Howard Hello song:

How perfectly cinematic, right? Especially for this suburban kid. Even though I’d been to New York City a dozen or so times before, I’d never felt its majesty like I did on that day stepping out of the subway. I was still working in the music industry at the time, so I had access to vast quantities of music and had jammed my iPod full. I was in love with hearing new music. On that day on 6th Avenue in Manhattan was the first time I had heard this Howard Hello song. I didn’t know who it was, so I checked the greyscale screen and promptly started listening to the whole album, starting again with “Intro.” That played as I crossed 59th Street and entered Central Park. The second song, “Giving Up” hit as as I drew near to Christo’s gates that lined the park’s pathways:

The guitarist’s staccato picking of the strings matched the mood of the moment as the bright orange curtains, in an explosion of technicolor contrast to the sad-colored trees, billowed in the breeze. In a beautiful confluence of sights and sounds and smells and sensations I was transported to another realm, a particular moment in time and space that I would never experience again.

Or so I thought.

…the effect of a spell, taking her out of the ordinary relations with humanity, and inclosing her in a sphere by herself.

And so I cannot blame anyone for moving through their day with earbuds afixed. Not even that student who tries to smuggle an earbud in under their shirt, over their collar, or beneath a hoodie. Sometimes I can’t even stand being in my own sphere.

That’s when my earbuds go in.

Postscript: I know the title of this post begs a playlist for the Scarlet Letter. So here goes. I’ll continue to add to this as inspiration strikes:

Shriekback “Hand on My Heart”
This is Dimmesdale’s theme song!

Thanks for the alert @unclechicosbbq !!!
RIP Andrew Fletcher. He brought such a playful spirit to Depeche Mode—he always looked as if he was having the most fun of anyone in the band. ❤️to his family, friends, and fans.
After a year of figuring out how to build one of these, I got my first crossword published today. The link to solve it is in my bio (good today only). Enjoy!!
Shout out to @VANS in the #NYTXW. Let’s skate!!
Digging this #KeithHaring Uno deck. #skateboarding
It’s been a long two years! Welcome back #vanshb. I’m no @otto_hoffmann_ , but I’m still having fun w/ the old crew. 📸 @edmatusita
Loading Comments...